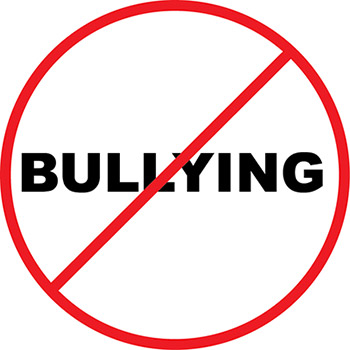 The Irish Amateur Wrestling Association CLG. (IAWA) is committed to ensure all young people who participate in wrestling have a safe, enjoyable and positive experience.

The IAWA works with Sport Ireland's Child Protection Unit to ensure that clubs within the organisation help keep children safe during their sporting activities. The IAWA is committed to the training and supporting of Club Child Protection Officers (CPO’s) to develop club guidelines and safety checklists for their members whether at their home club or travelling to competitions or abroad.

The IAWA believes that the welfare of young people is everyone's responsibility, particularly when it comes to protecting young people from abuse. It is important to remember that it is not the responsibility of those working within the IAWA to determine if abuse has taken place, but it is their responsibility to act upon and report any concerns.

Bullying can be defined as repeated aggression be it verbal, psychological or physical conducted by an individual or group against others. It is behavior that is intentionally aggravating and intimidating and occurs mainly in social environments such as schools, clubs and other organisations working with children and young people. It includes behaviours such as teasing, taunting, threatening, hitting and extortion behaviour by one or more children against a victim.

How would you know if a child is being bullied?

All bullies operate using furtiveness, threats and fear. Bullying can therefore only survive in an environment where the victim does not feel empowered to tell someone who can help or in which it is not safe to do so.

The following indicators are warning signs that a young person might be getting bullied.

There are other possible reasons for many of the above Who should deal with bullying? While the more extreme forms of bullying would be regarded as physical or emotional abuse and are reported to the health board or An Garda Síochana, dealing with bullying behaviour is normally the responsibility of all Coaches and leaders within the club.

How can it be prevented?

What is the ‘No Blame’ Approach?

Step 1 - Interview with the victim If you find that there has been an incident of bullying, first talk to the victim. At this stage find out who was involved and what the victim is now feeling.

Step 2 – Meet with all involved Arrange to meet with all those involved; this should include some bystanders, those who may have colluded, those who joined in and those who initiated the bullying.

Step 3 – Explain the problem The distress being suffered as a result of the bullying incident is explained. At this stage the details of the incident or the allocation of the blame is not discussed. Explain the feelings of loneliness, feeling left out, rejected, laughed at.

Step 4 - Share the responsibility Explain what steps/controls may have to be introduced to prevent further incidents and how everyone will loose out as a result.

Step 5 - Ask the group for their ideas At this stage the group is encouraged to suggest ways that would make the victim feel happier. All positive responses are noted. Use phrases “if it were you” to encourage a response. Listen to all suggestions and note them.

Step 7 - Meet them again Each member of the group, including the bully, discuss how things are going, who is doing what and have there been other incidents. This allows for continual monitoring and also keeps all involved in the process. Again enforce the idea of the team‟ looking after each